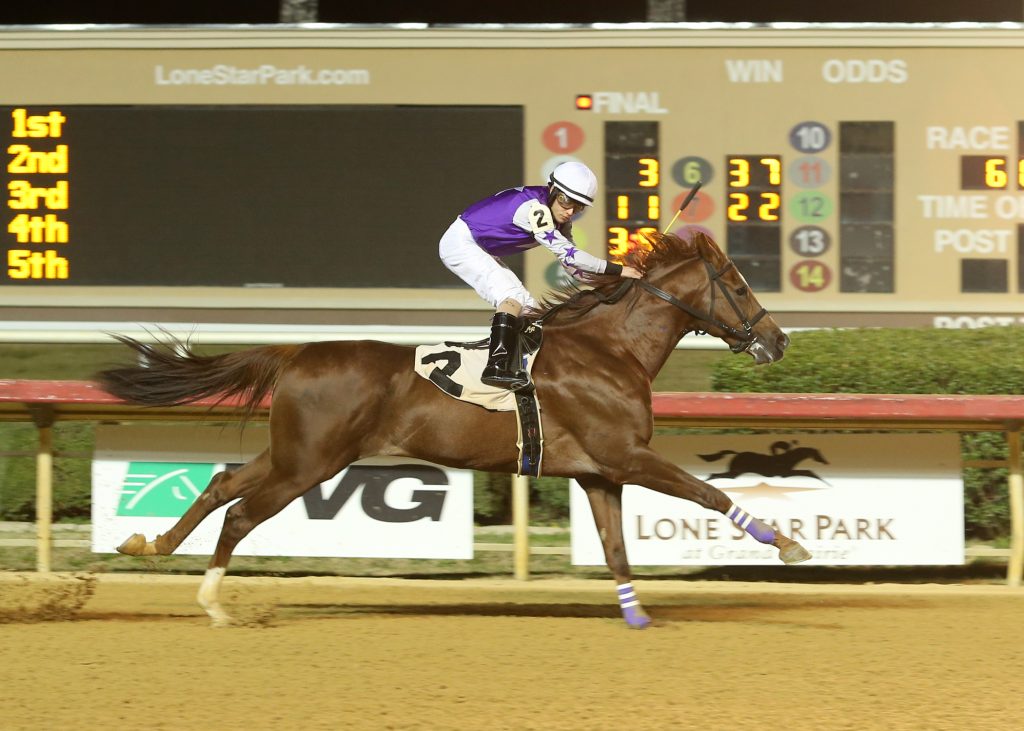 The Texas Arabian Stallion Stakes Gr3 was won Saturday, 11 December in a wire to wire run at Lone Star Park by the rising star Hiab Al Zaman (Hilal Al Zaman x My Shelby Cobra x Kaolino) backed by Anardis Rodriquez and trained by Jeremias Castro. The 4 yr-old colt was bred and is owned by Susan and James Meyer. This brings the colt’s race record to 4 wins in the last 4 races and a first racing season in 2021 of 9(4-0-2). Second in was Quick Sand AA with Paddys Day third. The one mile race was won in 1:49:54.

All photos by Dustin Orona

The Mares and Fillies Texas Arabian Stallion Stakes Gr 3 saw Uptown Sandy Girl (Burning Sand x Wibwilcca) under Victor Urieta Jr. take control of the 2nd race out of the gate and gamely hold on to the win as Iridesse made a bold advance but could not maintain against the 7 yr old filly.  This is the third year in a row that this race has been won (2020, 2019) by the Carlos Padilla trainee and brings her 2021 race record to 4(2-0-1). Third in was WMA Big Baby. The mile race win time was: 1:50:31. 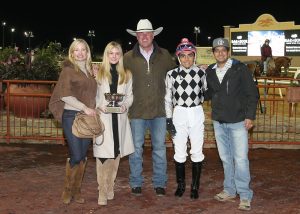 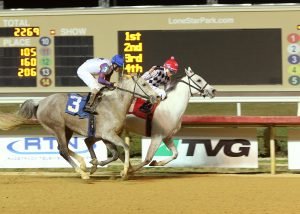