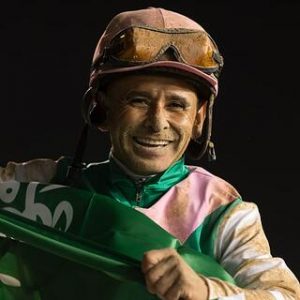 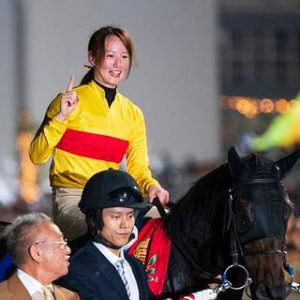 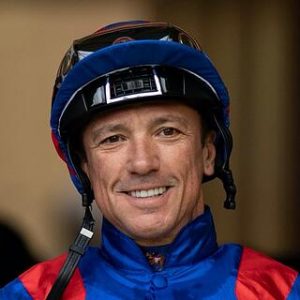 Other contestants include the USA Grade 1 winner, Sophie Doyle, plus the reigning British all-weather champion apprentice, Nicola Currie, and the Swiss-born but German-based Pattern-winning rider, Sibylle Vogt. Canadian legend Emma-Jayne Wilson, winner of over 1,500 races in North America, completes the line-up alongside two top Saudi Arabian-based jockeys: Adel Alfouraidi and a second local rider that will be decided following the results of this weekend’s racing. Panama’s Wigberto Ramos, the recent King’s Cup winner, had been due to ride but was unable to take up his spot after sustaining a fall on Wednesday.

The Jockeys Challenge, the first of its kind to be held in Saudi Arabia

The Jockeys Challenge, the first of its kind to be held in Saudi Arabia, is the main draw of Kingdom Day, the first of day of Saudi Cup race weekend, and is sponsored by Saudi Telecom.

Held over four races of an eight-race card, each leg of the Challenge carries a prize fund of US$400,000 while the overall winning jockey stands to land a further US$30,000 winner’s purse.

Prince Bandar Bin Khalid Al Faisal, Chairman of the Jockey Club of Saudi Arabia said: “We are delighted to welcome some of the best jockeys in the business to compete at the first STC International Jockeys Challenge. Racing is a sport that routinely sees male and female riders compete on a level playing field and we are proud to continue this great tradition at King Abdulaziz Racecourse during Saudi Cup weekend.

“A jockeys’ challenge is always a crowd pleaser and we think that with seven women and seven men competing over four races, as well as plenty of family entertainment and top class hospitality, we are offering an exciting and unique event to the people of Riyadh and wider Saudi Arabia.

“It is interesting that we have received more than 300 entries for the four support races on the Kingdom Day card, demonstrating the interest that is already being generated within the industry for Saudi Cup weekend.