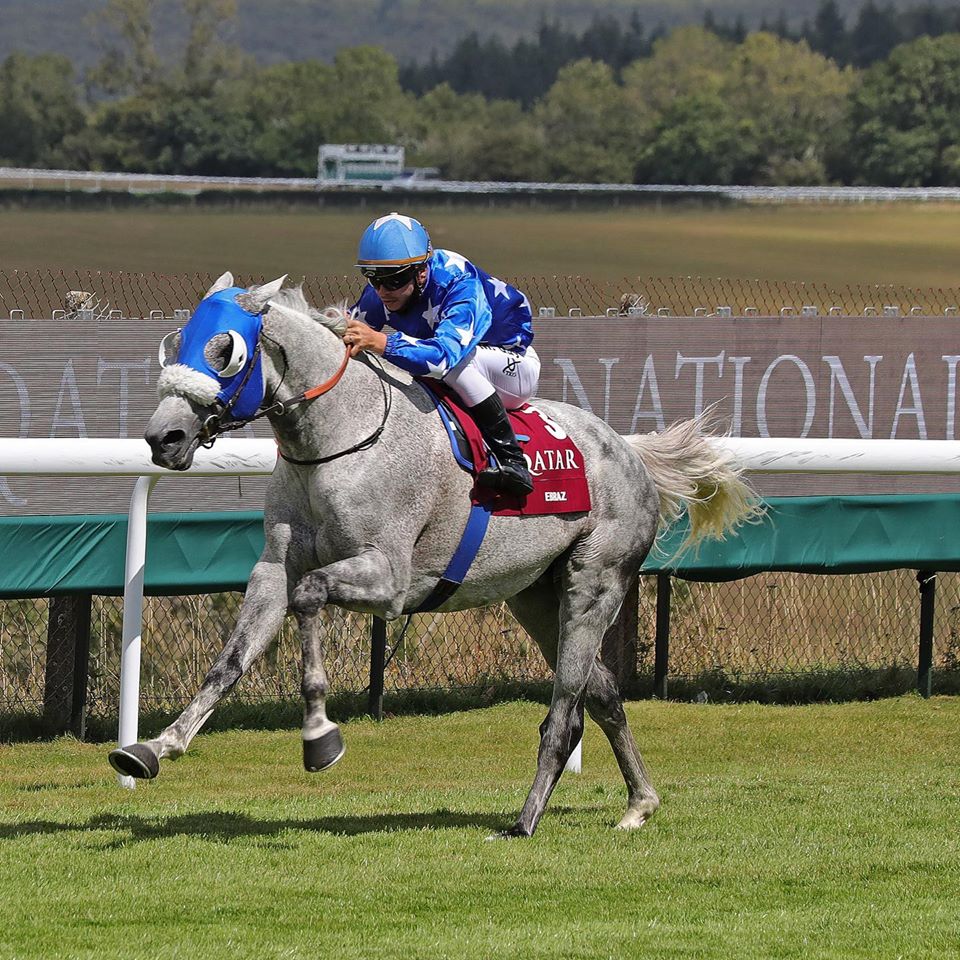 5 July 2021, UK ~ The Arabian Racing Organisation will welcome the world’s best Arabians among the 21 horses entered in the Qatar International Stakes (Gr1PA), following the first entry stage which closed today, 5 July. The £400,000 mile contest is the most valuable race in UK Arabian racing and the most valuable over that distance for Arabians in Europe. The first six home from 2020 could all re-oppose on July 28th in what promises to be another exciting renewal as part of the Qatar Goodwood Festival.

Ebraz, winner of this race in 2020 and 2019, could face Tayf, who beat him in 2017, but added into the mix and new to Goodwood, are the progressive young mares Mon’nia and Lady Princess. All four are closely matched on Qatar form when Mon’nia led home her stablemate Ebraz in this year’s HH The Amir Sword (Gr1PA), with Lady Princess and Tayf filling the places. They could be joined by Deryan, winner of the 2021 Dubai Kahayla Classic (Gr1PA), who was second in this last year’s fourth was Bel’Izam, who had beaten Ebraz in their prep run in France.

Horses returning after a break include the leading juvenile colt of 2019 Amyr Du Soleil, and Durat Al Zaman, whilst completing the overseas challenge is the lightly raced filly Ryme Al Cham. A Group 3PA winner, her family is well known to the UK as she is a three-parts sister to Group 1PA winners Al Mouhannad and Al Chammy.

Julian Smart, trainer of Ebraz, Mon’nia and Amyr Du Soleil commented: “We’re just waiting with bated breath to see if we can come over or not. It would be great if we can as it’s a very important race and for Ebraz to run in it for a fifth time would be very special.”

The domestic challengers include eight from the UK’s top ten horses, headed by Al Kaaser and Loolwa. They could be joined by Abiyah Athbah who raced prominently last year, when beaten a nose for fourth place and Tijaary who finished sixth. Both were having their first outings due to a Covid-delayed start to the UK season, which will not be a factor this time around. Group3 PA winner Storm Troupour will be making his fourth appearance in the race, whilst the sole four-year-old Wanaasa, steps up to this level, but looks an exciting prospect.

Qatar International Stakes Gr 1PA
Genny Haynes, Arabian Racing Organisation (ARO) Commercial and Finance Director said: “The Qatar International Stakes never disappoints in terms of the quality of horses it attracts, as you would expect with the very generous prize money on offer. It is very pleasing to see Ebraz and Tayf amongst the entries, as their rivalry over the last five years has really caught the wider racing public’s imagination. We’re also pleased to see plenty of domestic entries, the opportunities to try our horses at the highest level both here and internationally have been limited because of Covid and we hope that some of them prove that they can progress further.

Haynes concluded: “ARO would also like to thank the BHA and everyone at Goodwood and Fontwell racecourses for their assistance in ensuring that our overseas runners in particular, have every chance to participate on July 28th whilst we continue to face the challenge of Covid.”